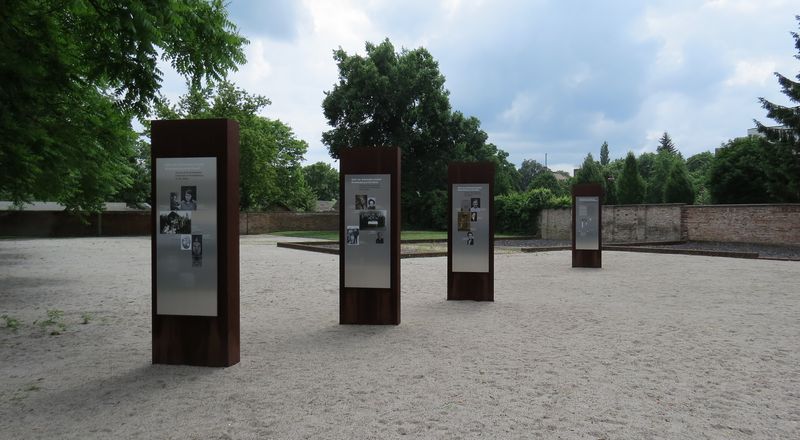 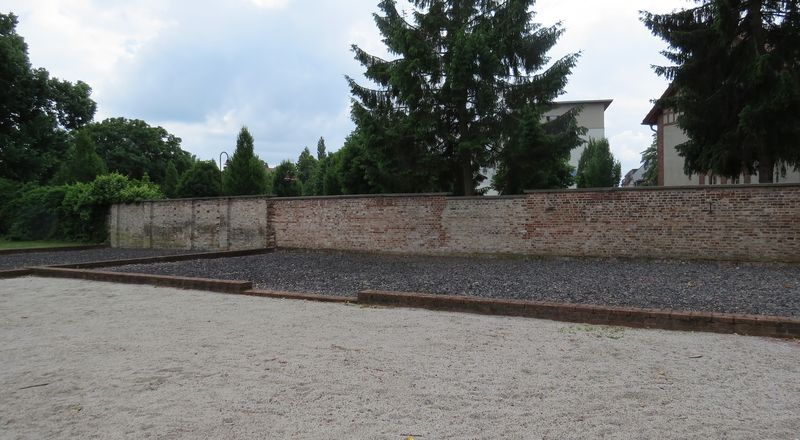 Location of the gas chambers

During construction work in the mid-1990s, the foundations of the former barn of the Old Prison were excavated and set up as a memorial site. This is where the organizers of the “T4” operation installed a gas chamber in 1939 and murdered more than 9,000 sick and disabled people.

Four pillars supplement the memorial site. Three of them show portraits of victims. A fourth pillar shows a map that helps visitors to find their spatial orientation on the Memorial grounds.

There is a memorial event for the victims of the Brandenburg killing facility held on September 1 of each year. The so-called mercy killing decree provided the legal foundation for these murders; it was signed by Adolf Hitler and bears the date September 1, 1939.